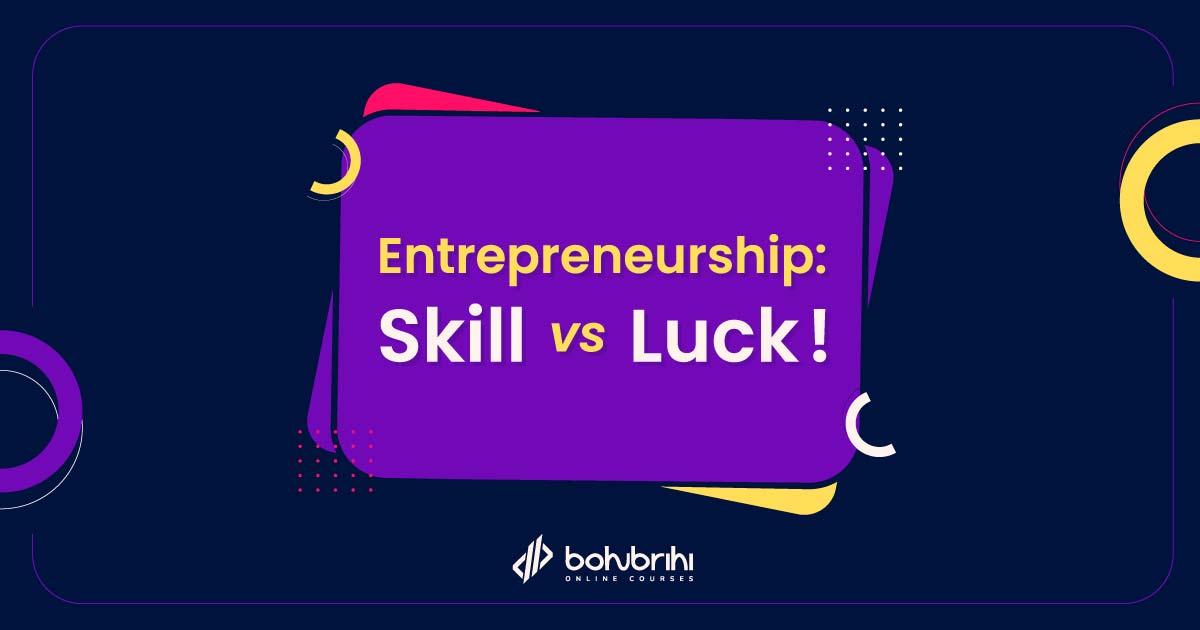 Share
Share
Pin
Tweet
6 Shares
People as in general tend to view Entrepreneurship or businesses in general more on skill rather than luck. While in most successful businesses you may find rarely talented individuals, being talented in no ways guarantees success. We tend to downplay the influence of luck and hugely overplay skills and rate risky steps on success rather than on statistics and number of failures at the same very same methods.

As Chengwei Liu, University of Warwick suggests Simply imitating Bill Gates will not make you rich. Or in any other scenarios simply working hard or imitating success will not end you as successful.

This fallacy rises from the idea capitalist society continues to preach of having equal chance of making it.

The average rate of failure of startups still range in the 90% mark and the same startup can fail with every single tick boxes filled.

Just if you work hard enough.

But working for 100,000 will improve your skills but your chances of being great will still depend on your circumstances.

When it comes to moderate performance, it seems much more likely that our intuition about success is correct. Conventional wisdom, such as “the harder I work the luckier I get” or “chance favors the prepared mind”, makes perfect sense when talking about someone moving from poor to good performance. Going from good to great, however, is a different story.


Being in the right place (succeeding in a context where early outcome has an enduring impact) at the right time (having early luck) can be so important that it overwhelms merits. With this in mind there’s a good case that we shouldn’t just reward or imitate life’s winners and expect to have similar success.

Warne and Glenn Macgill. Born in different times they could have been both world class leg spinners dominating their circuits. Born in the wrong time you can end up to be the unloved surplus to requirements.

Skills give you the chance, luck brings you to the chance that matters.