In 2008, an anonymous person or group named Satoshi Nakamoto proposed an electronic transaction system. In the white paper, they finished with the following remark: “We have proposed a system for electronic transaction without relying on trust”. What they were indicating is currently known as Blockchain. At that time this was considered an ingenious invention and they were nominated for Nobel prize in Economics.

How does Blockchain work?

As the name indicate the Blockchain consists of blocks that are chained together with each other. Instead of real-world blocks here we are talking about virtual blocks. The block consist of three elements.

There are three blocks in the above picture. All the blocks contain three elements data, current hash, and previous hash. The first one does not contain any previous hash because it does not have any block before it. Generally, the first block is known as Genesis Block. Whenever there is a change in data of a block the current hash changes. Hash is more like a fingerprint, every single hash is different from all other hashes ever created.

Why there is a hype about Blockchain?

The reason behind the hype of Blockchain is due to its security system. Blockchain uses a P2P(peer to peer) network which means there are a number of people connected through a network. In every person’s computer, there is a single copy of the Blockchain. Whenever a block is created, the block is copied to every node of the network. Every node of the network checks whether the block has been tampered or not by comparing its hash value with the previous one. Then the node adds the blocks to the Blockchain.

The Consensus algorithm is run by the network to see how many nodes have added the blocks to their Blockchain, if 50% of nodes reject the newly created block then the new block is not added to the Blockchain.

With the help of a supercomputer, it is really easy to calculate many hashes at a time. A number of blocks can be added to the Blockchain within no time which makes the Blockchain system breachable. To overcome this problem Blockchain comes up with proof of work, proof of work slows down the creation of the block. Example: In case of a bitcoin, it takes 10 minutes to create a single block. So the speed of the computer does not matter. In this way, the block will be verified by the every node in the network. 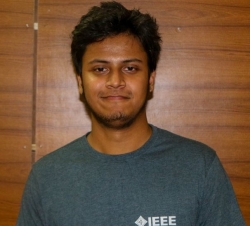 Ibrahim Ullah
Currently, I am pursuing a Bachelor of Engineering Degree focused in Electrical & Electronics Engineering from the University of Chittagong. I consider myself a highly professional with strong work ethics. I live to write and write to live. I contribute to several blogs such as Quora and Medium.

3 Reasons Why Agile Isn’t Working for Your Company!

3 Ways to Survive the Digital Disruption At Your Workplace